Stories of the protagonists

For a while I made the most of the last few and almost insignificant unemployment benefit payments, then I used up all my savings. People told me to enjoy this time as a “free”, unemployed person… but how do you stay carefree and enjoy that “freedom” when you’re constantly thinking: how do I pay the bills? And the rent? Food shopping?

For a while I kept away from people, I was almost “paralysed”. I felt confused, with the feeling you might have if you’re in the sea, flailing and gasping, convinced that you’re going to drown, not thinking that you could try putting your feet down and perhaps find that you can touch the ground.

So, as if it were the only life jacket available, I seized an unexpected opportunity I discovered thanks to two of my friends: Trapezio.

The initial interviews were enough to light the spark. Sometimes all it takes is an instant. What seems obvious today, wasn’t the same to me then. After meeting me, they said: “You have a skill, and you have a gift for it, it’s time to transform and use it”. We were talking about photography. So the seed was sown and, with all the water in that muddy ground I was flailing in, it was also well irrigated.

I have never been as determined and certain in my life as I am today, this is my path and this is what I’ll do, one way or another… 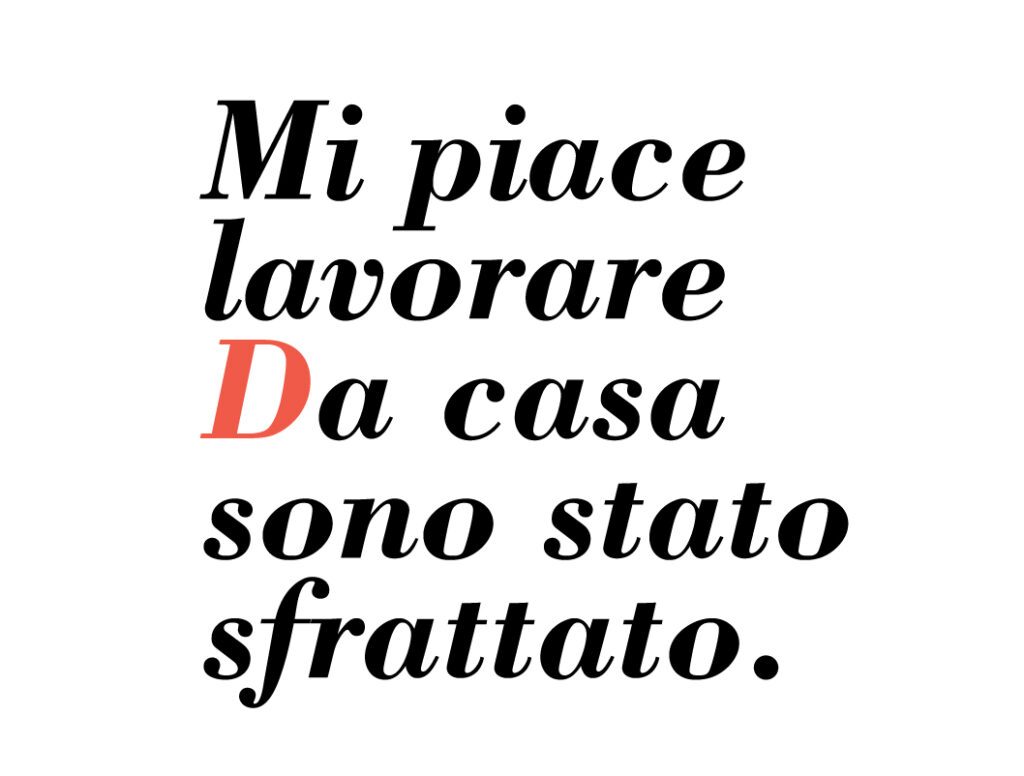 My name is Armando, I am a graphic designer. At the end of 2016, after a year of headaches put down to stress at work, I was admitted to the Molinette hospital with a diagnosis of glioblastoma on the brain. 90% of the tumour was removed and I agreed to experimental treatment to get rid of the rest. The chemotherapy worked a treat and on 29 January 2018, with tears in my eyes, the doctors told me I had almost recovered.  As a consequency of the operation, I have a neuronal impairment in my sight.  I have always been keen to combine my clinical treatment with an artistic form of self-rehabilitation: for a year I always had a crayon in my hand.

At the start I couldn’t even land the crayon on the sheet of paper. Then the first shaky lines turned into marks, shapes, compositions. The drawings were increasingly well-defined. I rediscovered the manual over the digital, started drawing without using the computer, but couldn’t go back to work because I had become photo-sensitive.

With financial support from Trapezio, I was able to focus on planning my new professional life. My future looks very bright, I’ve begun to rediscover colour, to mix the right red for turnips, the right green for spinach… I’ve told my story in drawings that have become a book, Now, with the Agricolori association, we want to allow people with cancer to work. We’re going to create plantations of dye herbs to supply natural dyes to companies that need them.

My name is Armando and I’m alive. This is my dream.

At 55, with the publishing industry in a profound crisis, I suddenly found myself cast out of the world of work. I tried to find new employment by appealing to the many professional relationships I had built up over almost 30 years, but without success. My family life had experienced difficulties, but we still had plans and we were untroubled, financially comfortable. With the loss of my job and the tensions arising from a precarious financial situation and our unmanageable debts, the crisis began with my wife. This deep uncertainty complicated our relationship and last May I left the family home we had rented and went to live in my studio, a basement that was by no means suitable as a dwelling but where I had in the meantime started a new business. Luckily, while the relationship with my wife had broken down, my relationship with my daughter remained good.

My life was in a seemingly unstoppable downward spiral, however, until I came across Trapezio, which gave me the chance to catch my breath and start putting the pieces together again. As a result, I have spent the past year restoring balance in my life through small but decisive actions, taking small but important steps.

To begin with, I now live in a “real” house, with a proper contract. It’s small but welcoming and there is room for my daughter or friends to stay. Then I tackled the relationship with my wife. Thanks to the family mediation offered by Trapezio, we have embarked on a less acrimonious path that is leading to an agreed separation with reciprocal rules about maintenance for our daughter, as well as her decisions for the future. My business is going well, or is at least allowing me to continue on my new life path. 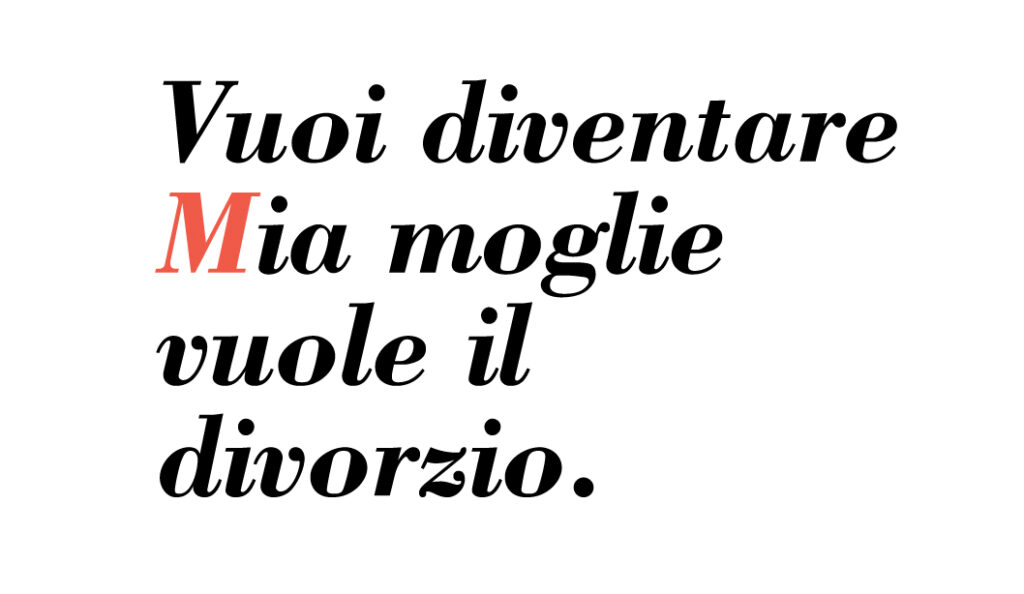 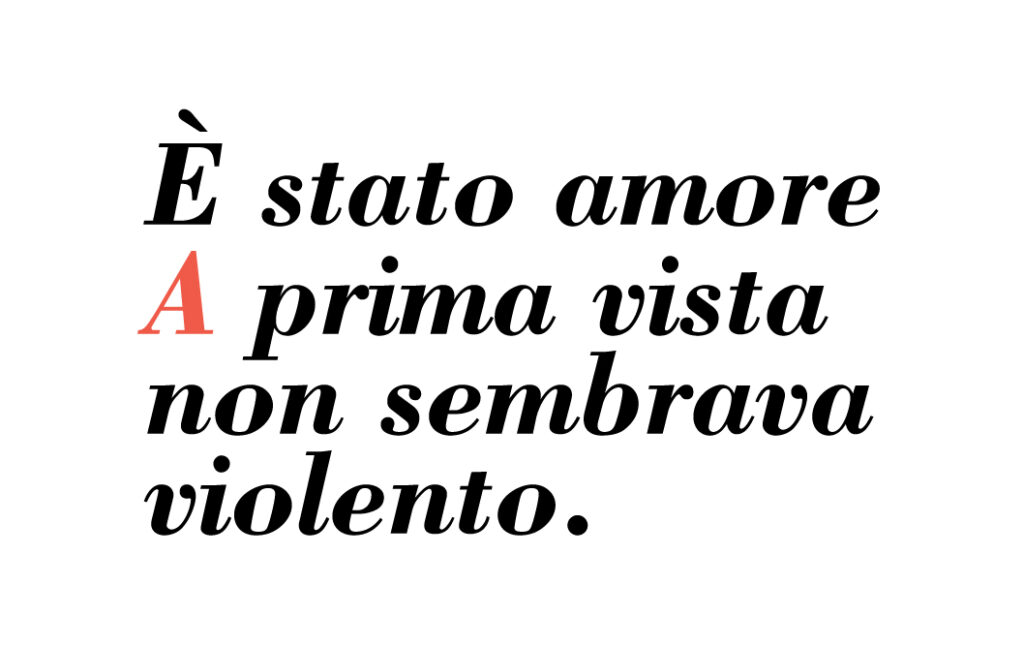 Everything seemed to be going well in our marriage, despite his quarrelsome and aggressive character I always hoped that he might change and that he would calm down, but he only managed to control himself up to a certain point, then it got worse.

It’s good to be living a life without fear, my legs and hands no longer tremble and I can go to sleep without fear. Trapezio could never have changed my ex-husband but it changed me, it made be braver, it suggested the steps I could take to leave the past behind and start a new life, it gave me tools and support (including financial!) to achieve my working and financial independence. At Trapezio I found the people I needed, they didn’t tell me what to do but they taught me to dream of a peaceful future and to build it one step at a time.

Get updates on our initiatives.